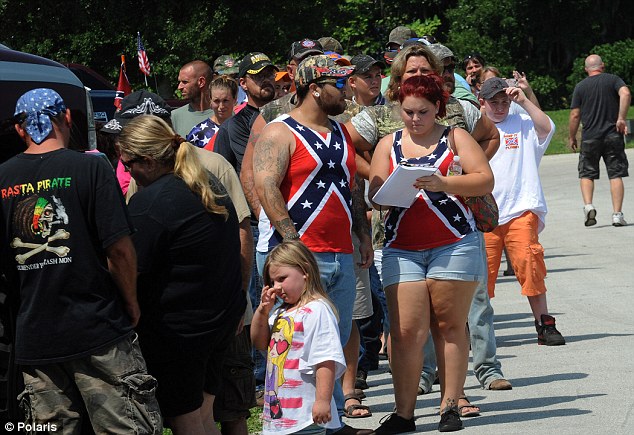 “Unwitting my ass! I’m the one that came up with the date on the back.”

“it wasn’t all that fun. I just remember I had to wear a blue suit and wanted a beer.”

Fucking dumb, dumb, deeply dumb Trump rednecks. Radiolab released a unscheduled episode in wake of the FBI indicting actual Russians at the Internet Research Agency in Saint Petersburg for conspiracy against the United States in midget putin’s election hacking. In unbelievable detail (Mueller’s calling card at this point. He comes with ALL the fucking receipts. Every. Single. One.), the indictment lays out all of the actions undertaken by Russian operatives to undermine Hillary, make Trump seem sane and promote Bernie Sanders. I mean take that in as no GOP member will allow himself to. The Russians thought Donald Trump would be the best way to weaken and destroy our country. Still you have rednecks that are proud to support him in whatever insane thing he says says on whatever day. ‘Merica.

The Russians carried out operations like fomenting hatred of Muslims, the Black Lives Matter movement and promoting white supremacist organizations. They planned rallies and then planned counter protest to those rallies. All to cause chaos and disrupt the public intellectual space (well, as much as you have that in American public policy.) One of the rallies that the Radiolab episode features is one that happened at City Place in West Palm.

Fucking Igor and Natasha, with thick accents and all got white people In Jupiter to dress up as Hillary and Bill. Build a fucking cage. Then meet in public to utter broken english scripts written by midget putin. Really. And guess what? The white people in Jupiter did it! These fucking geniuses did what fucking Russians told them to down to the broken english lines! Fucking Russians who didn’t even speak english well had them running around West Palm looking like ass clowns. The indictments lay the shit out in great detail. One of the redneck geniuses says he was suspicious at first because the people that wanted him to do this, “sounded moose-lem.” Seriously. The guy said it just like that. The woman that some Sergei in Russia got to dress up as Hillary, said there is no way they were unwitting participants because she came up with the idea to out the Benghazi date on the back of her costume all by herself!! Unwitting my ass! She was proud when she said this. Fucking rednecks shouldn’t breed. The friend she brought to dress up as Bill Clinton says it was hot, he had to wear a suit and all he wanted was a beer. He needed the money at that time. Oh yeah, this is one of the three times in his whole life he ever shaved. All the best people indeed.

I mean, you got David Brooks writing in the NYT that sane intelligent people need to put aside their logic and respect redneck gun culture more. That is the key to preventing the rednecks from shooting up the place. Their snowflake feelings are hurt so they act out. They need to fire that fucker. he pretends to be a sane respectable white person but the retard redneck always comes out. Fire that fucker. Bernie says black and brown people need to step back for all the “economic anxiety” that the white working class has. Don’t say you are disadvantaged in modern America when it’s really the unintelligent white people that have always relied on their privilege to make a living. THEY are the real disadvantaged class. White privilege is going away for God’s sake! CNN is doing two halls and focus groups examining the mind of the Trump voter Alice Camerota being fucking shocked. Shocked! I tell you. At how fucking dumb these people are is classic. And that’s it. There’s nothing mystical or unfathomable about it. A lot of resentful white people mad that a black man was president had their hatred manipulated by a bunch of Russians in Saint Petersburg. To the degradation of this great country. And all we are left with is:

Rednecks are dumb as fuck. And racist too.