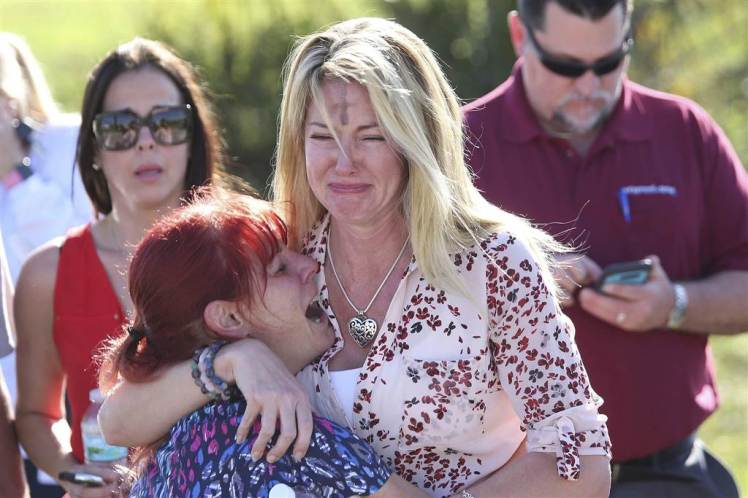 Why the fuck would one country need that many fucking places to buy a fucking gun? Something that by the mere existence in a home vastly increases the probability of violence and death in that home. Why have they convinced you that you need a gun? Because they know you’re scared of black and brown people. They know this because they helped make you that way. They still are doing it every chance they get. The black people in their promotional videos are extra black. You can barely see them in the shadows. A shadowy evil presence ready to punch on you. Every brown skin in those videos are covered by gang tattoos and hold knives. And naturally the hero who shoots them is always white. They’ve convinced you that the only thing that can save you from this pigmental evil is a gun. Even though the myth they’ve created that your guns will save you never pans out. You know why you never hear or see stories about someone using their gun in self defense to save their own life? because it never happens! Look at Las Vegas. A lot of those victims were cops, firefighters and soldiers. Definite carry types. Their fucking guns didn’t help them one fucking bit. At the California Community College shooting two years ago, there were admitted concealed carry people being interviewed in the direct aftermath of the shooting. And what did they do with those guns they were carrying on their person for just this scenario? Nada. They ran.

Today it’s Parkland. Douglas High. Literally right down the street this time. And after every single one of these we just move on. The freaks always come out and continually pick the scabs off the dead. The scumbag deplorables. “Newtown never happened.” Sound familiar? Those freaks and the families are the only ones who stay forever. The normal rest of us eventually move on and we should never be allowed to. As long as a tiny group of terrified homicidal mentally unstable people want us all dead. For what, you ask? Just so they and their cretin friends can make a little money. As Frances McDormand says in Fargo. “And for what? All for a little bit of money.” We should never be allowed to move on because this should be the very last time.